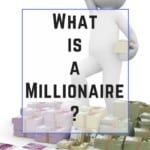 Ask anyone if they wished they were a millionaire, and you will get a resounding: “Yes!”

On the other hand, ask those same people: “What is it that actually makes someone a millionaire?” and your answers are going to be quite different.

Here are some of the answers when you ask someone what is a millionaire:

“When you have a ton of money.”

“When you don’t have to work any more.”

“When you are rich.”

These answers prompted me to dig a little deeper into what actually makes someone a millionaire. Over the years, the term millionaire and rich have always been synonyms.

The actual definition of “What is a millionaire?” is this:

noun, a person whose assets are worth one million dollars or more. 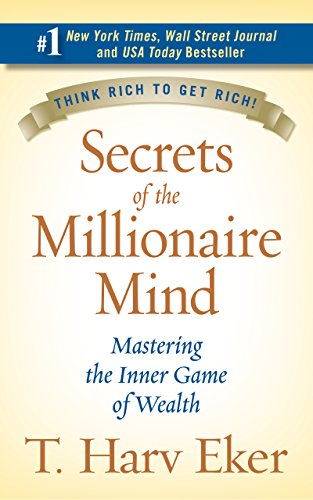 That is absolutely crazy! I find this to be a fairly light definition of the word. After all, that means everyone who had a McMansion during the housing boom could have been a millionaire. They may own a million-dollar house, but they owe 2 million on it. That doesn’t conjure up images of being rich.

Owing more than you own is not my vision of a millionaire.

A Mental Vision of a Millionaire

When I used think of a millionaire, I would think of someone like this:

Then I listened to the Millionaire Next Door, and everything changed. Millionaires weren’t the ones driving around in flashy cars and having fancy showers with money coming out of them. 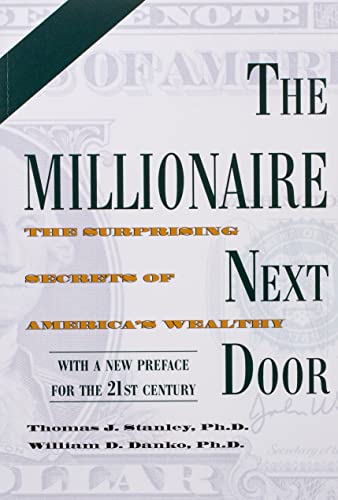 They were our neighbors. The average people who were just really good at accumulating wealth.

Let’s face it, the definition of a millionaire is outdated.

The more thought I gave on the topic the more I realized there are several levels of being a millionaire.

So to clear up any confusion, allow me to introduce the…

(Note: This will all refer to net worth, if you need a primer on net worth you can find it here)

A millionaire is someone whose assets are equal or greater than $1,000,000.

This first is what I call “Millionaire Light.” By the standard definition, you are a millionaire, but it takes very little to get there.

Going back to our Net Worth Statement, we can see that anyone who buys a million-dollar house would qualify as a millionaire even if they owed more than a million dollars on the house.

By their own definition, you could be a millionaire with a negative net worth (owing more than you own).

This may be the common definition, but it’s not the one I tend to think of when I think of someone who is a “Millionaire.”

Mostly because it’s relatively easy to attain and doesn’t indicate any level of financial awareness. I would imagine that in the first half of the 2000’s when there were more millionaires being made every month since it was largely attributed to people buying expensive houses that they couldn’t afford.

Yes you are a millionaire, but you also can’t make the payments. This is NOT what I would call rich. Still if you are growing your Net Worth incrementally you will most likely hit this point and by definition you can call yourself a millionaire. Another example that I like is at one point Donald Trump was bankrupt but he would have still been a millionaire because his assets were in the millions, even though what he owed on those assets was far above the value of those assets.

This is the level that I commonly think of when I think of a millionaire.

It’s when your net worth is a million dollars or more.

This demonstrates that you have been able to acquire assets while maintaining or decreasing your level of debt. Thereby raising your net worth beyond the million dollar mark. I remember thinking how much a million was then I realized that if we work long enough, we all will earn a million dollars over our lifetime

How much of that million is kept and how much you grow that amount is up to you.

This is when your net worth is over a million dollars, when you EXCLUDE the value of your home.

This is probably a better representation of your overall wealth since you will always need to live somewhere. It should be a logical next step in your millionaire progression.

Millionaire Pro is when you have enough money that you can write a check for $1,000,000 without hindering your life.

This is the next stage of millionaire and it’s where you want to be. Just to be clear, you never have to actually write that check but you have the ability to do so. Either through investments, businesses, cash, or other holdings you have chosen.

This is when you have a Net Worth in excess of $5,000,000 and you can easily write a check for an amount for anything you could possibly want.

There is more to life than money and most wealthy individuals will tell you that money is more of a way of keeping score once you have enough of it.

There lies the key:until you have enough of it. Until that happens, money and building wealth will take up at least part of your thinking.

What do you think of the definition of being a millionaire? Do you think it’s right, or should it be change?

332 shares
This post may contain affiliate links which go towards keeping this site running. Please see our Disclaimer and Privacy Policy for more. We are a member in the Amazon Affiliate Program. Thank you for your support!